At The London Gala Ball we try to surprise our guests with some of the best World Class Performers every year.

In the evening you will welcome PRO-AM SHOW DANCE CHAMPIONS as well as guests performers, who are carefully selected and in 2020 you are in for a real treat!

Victor Da Silva has a long standing reputation for his achievements with his previous partner Hanna Karttunen, when they became a winning sensation in the world of dance. Specializing in soulful, rhythmic combinations with acrobatic flair, they became the World and British Open title holders, undefeated 2004 through 2007. They won the World Championships and the British Open Championships four times each.

Anna Melnikova is better known for her achievements as a Latin Professional reaching finals of all major World Championships with her partners Nino Langella, Justinas Duknauskas, Slavik Kryklyvyy.

These days Victor and Anna are forming a sensational partnership and wowing audiences around the world with their breathtaking shows. As well as performing at the event, they will be presenting a MASTERCLASS with PRIVATE LESSONS on Sunday 15 March at Inspiration 2 Dance Studio in Piccadilly. Book Masterclass or Private Lessons HERE 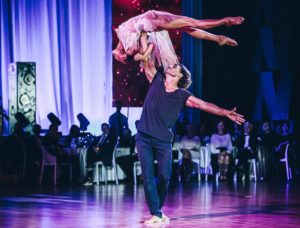 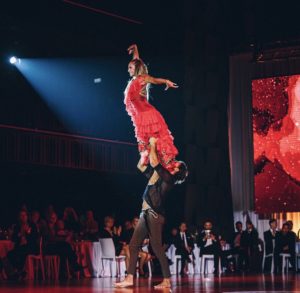